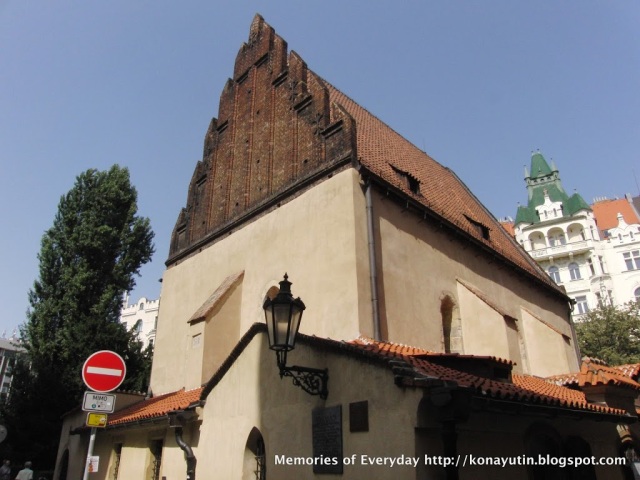 Once home to a large Jewish diaspora, the Jewish Quarter, the Josefov, is a major tourist area in Prague, situated just off the old town square.

As in any Jewish settlements, the quarter centred on its most important building- the Synagogue. It’s an understatement to say that their neighbouring Christians did not get on well with the ‘murderers of Christ’. In fact, they were subjected to constant discrimination and threats throughout history from their stronger counterparts. All they could have done was to keep their head down and maintain the faith, something remarkable despite all these pressures.

There are many synagogues in Prague. Perhaps because of their practical and pragmatic minds that served their businesses well, they have not named these synagogues with the most creative of names. I mean, only from a Jewish neighbourhood can you get a name like the ‘Old New Synagogue’…

Built centuries ago, the Old New Synagogue reassembles more of a hut than a glorious house of God. The doors were extremely small, and a few feet underground, all signs that the building had stood for a long, long time. A few women were sitting by the entrance, technically manning the gates, but quietly exchanging words in a hush-toned conversation as well. Clearly, this place is not only for religious purposes but also a place for the community.

It was only when we bowed the squeezed through the tiny door and tried to buy tickets that they began to take notice of us. One of them told us that this is a religious place, and we should respect Jewish customs by covering our heads. For a moment, we looked at each other in panic, only for her to produce a few hats and with it the permit to enter for us. We stepped in. 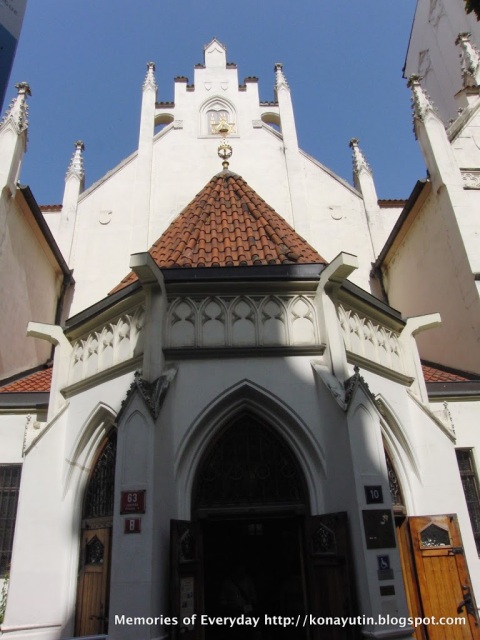 It was smaller than I thought, with the room sitting 40 people at best. You cannot help but feel for the Jews, for their struggles to retain their identity in a hostile and jealous Europe.There is also the legend of the Golem within this synagogue: a mud made monster that would protect the Jews against any threats. You know prospects were grim when even them had resorted to such ‘lucky charms’.

You might have realised that I started this blog with ‘Once home to a Jewish population’. Well, there is a reason that it was in past tense. Answer: Holocaust. What made our next destination, the ‘Pinkas Synagogue’, easily the most upsetting in our trip. While it is not a dominating building in terms of architecture, what inside it has surely left their indispensable mark in history. 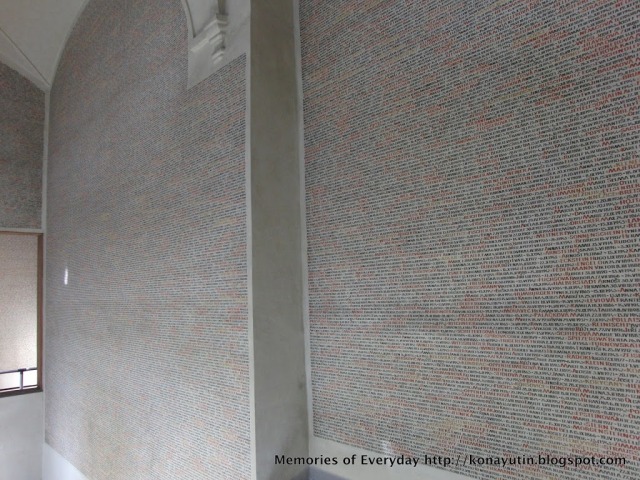 There are names. Many, many, many names, with their birth dates. And their death dates. The interior walls of the synagogue have recorded Bohemia’s every Holocaust victims, or at least all the ones that they can locate. With (then-) Czechoslovakia one of the first countries to fall into Hitler’s hands, he has had plenty of time to carry out ‘the Final Solution’. Here is the end result: Names everywhere, stretching from the ceiling all the way to the foot of the wall. There are so many that it felt like I was reading from those bulky encyclopaedias from the 19th century. There are nothing but these personal details.

A closer look at the names gives you further chills. The list grouped the same surnames together and then listed their first names. It shows you the staggering number of families that were totally wiped out, from grandparents and grandchildren, all disappeared in the space of a few years. The upper floor of the synagogue promised no change. Again it’s names. It merely served as a lookout point of the largest walls that extended to both floors and highlighted the magnitude and weight of those names. A room on the side displayed something else though. The drawings of those young children, while a ‘death date’ haven’t been registered, yet. 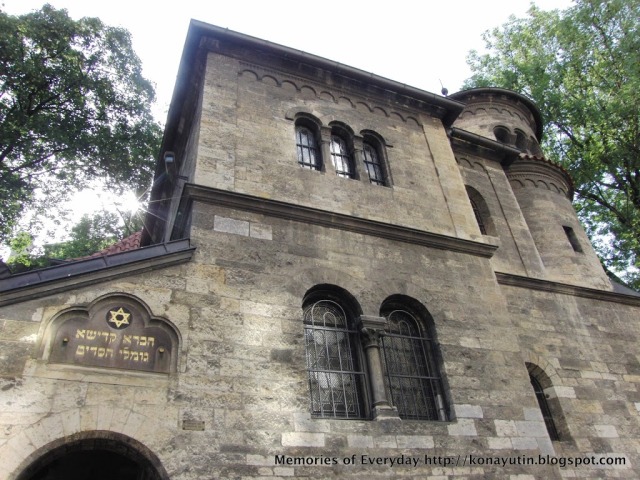 What was left in the Josefov area in Prague is perhaps the best preserved Jewish settlement in central Europe, if not the whole of it. Ironically, Hitler had aimed to create a ‘Museum of the extinct race’ in Prague to serve as a monument of his ‘great achievement’. Well, he hadn’t managed to extinguish the whole race (very fortunately), and here we can still visit these places, to get a feel of their past, brutal lives.

If you are looking for somewhere to cheer you up in Prague, this is probably the worst option. However, I do believe that this is a prime example of ‘a lesson from history’. Never again should we destroy people for destroying’s sake. Hopefully never again will we.