Sorry for lack of updates: I have just spend a great week in Devon. Now, on the train back towards London, it is the perfect opportunity to recap on the holiday.

I have been to North Devon a couple of times, but just to spend some half-terms and never really did anything but watching TV. Not that there are a lot of other things to do. Or so I thought.

And yes, as you can see now, this will be my first attempt at a bilingual post. Please tell me how you feel about this!

We shall start at town of Barnstaple: the largest town in north Devon, which unfortunately is rather monotone and doesn’t really offer much. However its centre location was pretty ideal for traveling around this side of the county.

Lynton and Lynmouth: I have written about these places on an earlier post here (Chinese only). That was when I had first visited in October. During the summer months it is markedly different: far more popular.

Last time I was here, it was clusters of houses hidden around the cliff and between the seas, and it sort off gave off the mystic, mountainous vibe, that gave me illusions of being in the swiss alps. This time round though, we have the tourists (which of course we were too…), the noises and the queues on the Cliff Railway.

On the plus side though, more shops were opened and there was more to see and explore. I can’t tell when’s a better moment to visit: perhaps just visit the place twice. 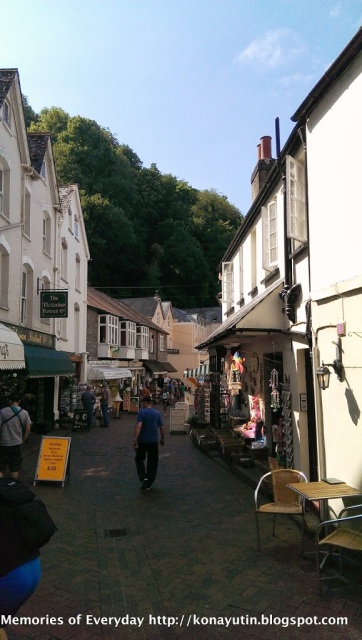 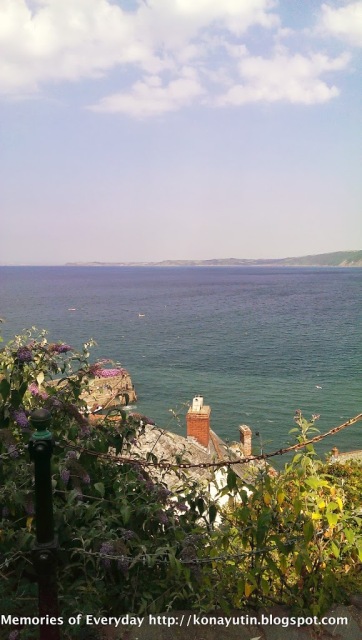 Clovelly: another random village right on the Cliffs of north Devon, but this is all being preserved as a museum. All houses in the village are as they were in the 19th century. The Entrance fee was rather hefty, but it was worth a go just for the amazing views of the sea from some of the cafes. The cream teas there was great too.

It had me thinking though how the villagers survive: there are no cars allowed (the steepness of the roads made it hard anyway), no supermarkets, nothing. And sitting outside might turn you into backgrounds for tourists. Not a very nice lifestyle, I suppose. 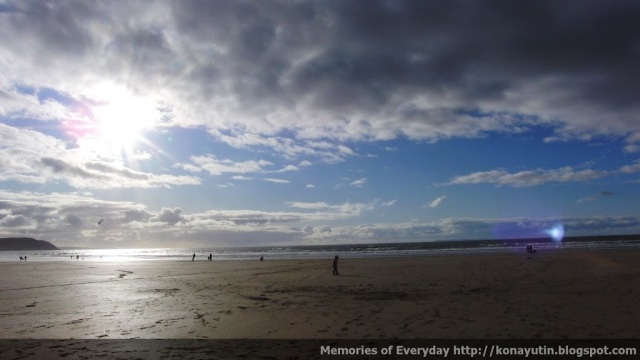 Woolacombe: How can we miss out the beaches when we are experiencing some of the nicest (if not too nice) weather in a few years? Woolacombe is apparently the best family beach in the country, and it was not difficult to see why. It’s very wide and spacious: you don’t have to worry about hitting anybody even you are playing cricket. So my cousins, aged 8, 6 and 6 were rightfully excited, swimming, catching shrimps and making sandcastles, so on and on.

Also, Woolacombe is the photo for my facebook page account. But that was during the winter. In the summer months, it’s packed.

p.s. Sandcastles nowadays are sophisticated, not just a pot anymore. You can buy buckets that looked exactly like a castle, with all towers and walls and everything. It was hell difficult to build a castle using sand that actually resembles the model though. A lot of beating of the sand was needed.

NEXT: The other (more popular?) side of Devon with a friend. Going around with local knowledge is great indeed.