It was 2011 when I first ventured out of the comfortable surroundings that were my school and into the ‘brave new world’ of London. I had written, then, two posts of some of my favourite spots in the city: some were tourist attractions in the traditional sense, while some others were simply the familiarities of my neighbourhood.

Despite the detour to North East England and back, I’ve now spent a few more years at this metropolis that I call home. I’ve not only grown ever more accustomed to London life but also learnt much more about myself. Favourite things and places had come and gone, and I guess it’s about time to revisit London, one word at a time!

After all, as Samuel Johnson once famously said, ‘if you are tired of London, you are tired of life.’ While there are always new, up-and-coming places waiting to be discovered, I’ve narrowed down 10 of my favourite locales to share with you – some obvious while others (slightly) off the beaten track. Nothing too remote, really.

Whether you’ve lived in London for years, recently moved here or just visiting, hopefully, this post would provide some inspiration for a nice day out. Oh, especially for overseas visitors – due to, erm, recent events, visiting London is significantly cheaper…

The list is headed by a returning entry from 2012. Since Brixton had always been a convenient stop for groceries, the adjacent Market was also of the first places that I’ve discovered in London. Brixton has, of course, been the heart of Caribbean London: although that was not to my knowledge when I first ventured off the High Street, towards the Market on Electric Avenue. I still remember my first visit, where among the rows of West Indian stalls for grocery and fashion I was seemingly teleported to the streets of Jamaica. If only the Carribean sunshine have likewise replaced the typical south London overcast.

Brixton is changing rapidly, indeed, it is perhaps that one spot that I personally felt the full force of the changing times. Brixton is cool now, multicultural, bohemian even. Instead of the standard fried chicken shopfronts we now have Spanish delicatessen or even a cheese and wine shop that wouldn’t look out of place in the quaint high streets of upmarket suburbs. As always, gentrification is a polarising topic and emotions run high, but as an early twenty-something searching for life experiences, having a cosmopolitan fix right at your doorstep is much preferable, at least in isolation. New isn’t necessarily better but surely exciting.

I often turn up on a Sunday afternoon, picking out a restaurant at the now-reinvigorated Market Row. Between the old-time favourites and picking out new arrivals, Okan is the default choice: some Japanese ‘pancake’ for nostalgic reasons. The logical post-lunch activity is naturally coffee, tea, dessert, in mixed order. Brixton now offers a plethora of options, although my usual spot remains Federation Coffee, just across Okan in Market Row. It tends to get busy these days, so in order to indulge in the ultimate blogger fantasy of laptop and coffee, I often had to head elsewhere too.

Simple, leisurely happiness. For Brixton, take the Victoria Line til the last stop.

Canada Water library. Look at that.

Enter public libraries. Yes, they seem to a dying breed in the computer age, but several councils have persisted and built brand-new civic buildings for this purpose (unfortunately, not my borough). St Pancras Library, behind King’s Cross Station, reminds me of a Hong Kong staple – the Municipal Services Building. Your one-stop shop for books and sports, and of course Wifi too.

Can we also have a food market, please?

On the subject of libraries, Canada Water ranks high. Canada Water is a disused dock turned freshwater lake in south east London. Beside the lake stands the silver, upside-down pyramid that simply has to be one the coolest municipal buildings around. The study spaces line the building in corridors surrounding the books. I’d always thought the library has a Nordic feel: confirmed when I was sitting there on a rainy afternoon.

There is also a cafe serving the lifesaver that is hot coffee. Canada Water is but a couple of stops of east of London Bridge, a good place to revise if you study anywhere (remotely) in south London.

The second re-entry. A giant of the bookshop industry and a favourite for reading, the adjective that best described Foyles of the past was ‘eccentric’. Before its modernisations in the 90s, buying a book – what you’d consider the raison d’être of a bookshop, is a mission improbable that involves 3 (THREE) separate queues. For once, modernisation is good?

Queues are not the only thing that has changed: indeed, compared to four years ago the place is almost unrecognisable. Foyles has taken over the site belonging formerly to an Art College and with extensive remodelling, it has now cemented its position as the premier book outlet, with the most books in stock in all of London.

Of course, having the most books means significantly less nowadays, as bookshops now dedicate their energy to transform itself into a literary shrine – or at least a museum. The new Foyles is a brightly-lit building seven stories high, again with whatever books you can image. I’ve always enjoyed their railway and history sections, though my appreciation may simply stems from being surrounding by these books. Not to mention it is now equipped with a top-floor kitchen and cafe which is another of my writing and spending the afternoon spot.

Foyles is situated on Charing Cross Road which between Leicester Square and Tottenham Court Road stations are home a few more bookshops of many varieties. 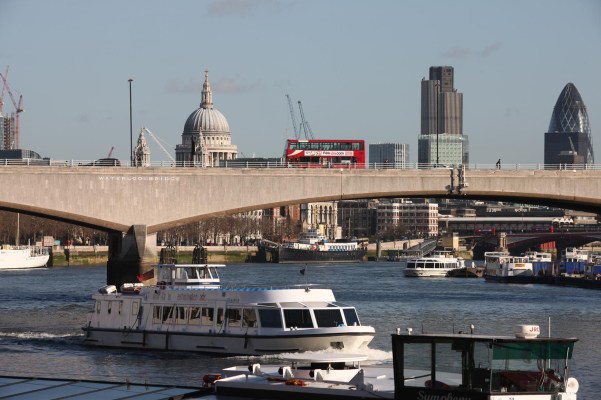 London is home to many magnificent bridges. Tower Bridge may be by far the most famous (even if nobody ever gets its name right), but my personal favourite remains the Golden Jubilee Bridge.

You’re well within your rights to shake your head in confusion: the Golden Jubilee Bridge is not exactly the most popular or architecturally pleasing bridge that spans the Thames. the GJB is the footbridge on the side of the railway bridge going into Charing Cross station, and the vital artery for those from South Bank and Waterloo to access the West End.

As a (former?) suburban dweller, Waterloo has been the major interchange for me, and I’ve spent many mornings commuting in and out of London via the bridge. While the more glorious/stereotypical image of London, consisting of Big Ben and London Eyes, is mostly obscured by the railway bridge, the view to the east towards the City can be enjoyed without obstruction. Indeed, whenever London is mentioned, that particular view is immediately conjured up by my brain.

Being a commuter, I usually spend most of the time crossing downing the morning coffee, worrying about being late. Though, if time is not an urgent concern I’d often stop at the railings, ears filled with music permeating from the buskers, and to enjoy this view.

Perhaps the entry with the most international fame: thanks to its world-renowned observatory and Greenwich Mean Time, Greenwich Park has long been a tourist hotspot. If anything, just for a photo of yourself straddling the Eastern and Western hemisphere simultaneously (Yes, I have *a few* of those) As Greenwich was the headquarters of the navy, beyond the observatory also lies various museums and attractions with a naval theme: the National Maritime Museum is a good place to learn about ships (and dodge the rain), while the Cutty Sark, a preserved tea clipper is as magnificent as a landmark can get.

Much of Greenwich Park is merely considered as the path to the observatory: this, in my opinion, is a major mistake, for the park is also the biggest of most leisurely open space in south-east London. Occupying high ground (in London standards…) the park offers an unspoilt view down to all the aforementioned naval establishments with the ultra-modern Canary Wharf serving as an unlikely backdrop.

The park itself may be a traditional British affair of ducks ponds and endless flower beds, guaranteed to be a winner if the weather is even somewhat tolerable. Immediately to the south of the park lies the quaint Blackheath village and its monumental (again, London standards) village green. All in all, it really is just a very nice way of spending a weekend afternoon.

There are a few DLR stops around Greenwich, but I’d suggest using Blackheath railway station, walking through the park and DOWN (instead of the steep ascent) into Maritime Greenwich.

Stay tuned for the next 5, coming very soon!