From Highlands to Islands: Kyle of Lochalsh Line

I found myself underneath the railway arches, eyes scanning the automated departure board, searching for a connection to the Isle of Skye, searching for one particular train.

Searching for one of the most scenic railway journeys in the world.

The Kyle of Lochalsh Line. 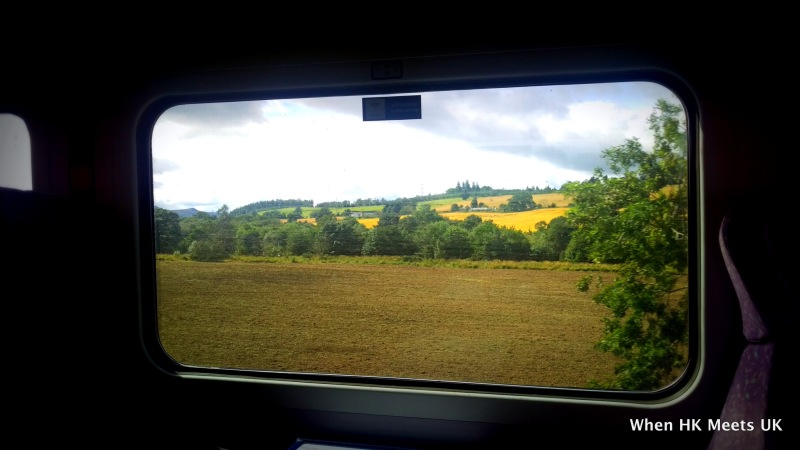 For the Kyle Line, this was frankly ordinary

A few months after the marvellous window-gazing along North Wales’ heritage railways, I have travelled north for another Great Railway Journey. Almost every authority I can locate agree: Michael Palin. Michael Portillo. My ‘Britain’s Scenic Railway’ Hardback. Tripadvisor. Wikitravel. Built the carry livestock traffic from the Highlands to London, the Kyle Line links its namesake village to Inverness, spanning 29 bridges and miles of stunning scenery in between. The tourism board is likewise delighted, for the Kyle is also heavily used by tourists for Skye, or just for the journey itself.

For such a touristic and scenic railway, Inverness station may not possess glamour fitting of a gateway. Its location hidden away between more significant Victorian stonework, its concrete façade grey and nondescript. However, beyond the concrete, the magnificent train shed remains, ready to shield passenger from either end of the country from the rain. On my visit, though, it was rendered unnecessary by the pleasant daylight, with sunrays peering through the overcast sky. 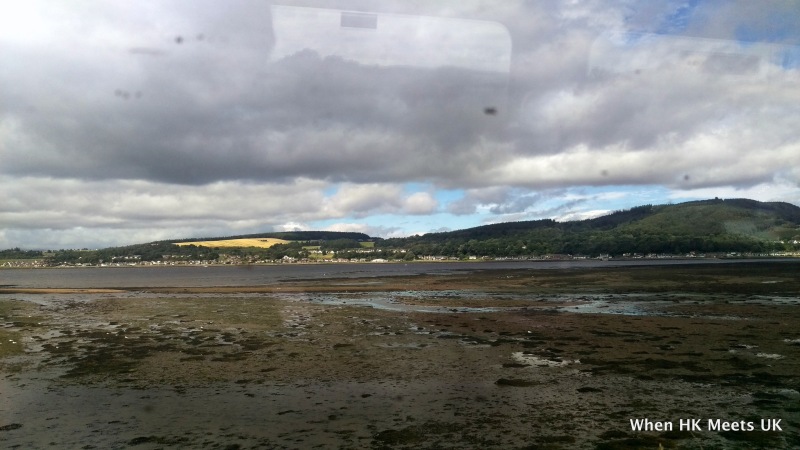 Arriving early seems sensible: given that Scotrail runs only 4(FOUR) train even in the height of summer (fewer than many heritage railways), you don’t want to miss it. Grabbing a seat facing the platforms, I began to read and people-watch. Travellers had begun to congregate: belongings littered around the station floor, their owners either tucking into a sandwich, or shielding their faces with a book, or in a deep relationship with their phones.

Eventually, the platform numbers were announced have I cast my eyes on the train lying idly by the platform. A tiny train of two carriages, diesel-powered (as it is with any trains north of Edinburgh), equipped with comfortable table seats designed for the long haul and the holy grail of modern living – free Wi-Fi.

The journey to Kyle is not a rush: it lasts up to three hours, easily. Under the pretext of penning some articles, I began the lifelong struggle of my age: connecting to the Wi-Fi. A whole bunch of complaints, typed passwords and refreshes ensue, while my travel companion, well settled behind a book,  looked on disapprovingly.

The train set off on time and climbed northwards towards Dingwall, where the Kyle line officially begins, passing through the beautiful Scottish coastline, stopping at the tiniest stations that could barely accommodate one coach. Indeed, I wondered whether the food trolley, eagerly patrolling the two-coach train, could fit on the awfully tiny platform at Beauly station.

Not long before we reached Dingwall, where most non-tourist looking passengers alighted. Left with the ‘hardcore’ railway fans, the train veers west from the brick station and began an immediate ascent across the northern reaches on the marvellous scenery of the highlands.

An advantage of train travel is the interactions with fellow passengers. A young man at the backseat struck up a conversation with an older gentleman, and as I was bored with writing (there is a reason why posts here is infrequent) I followed silently. The young man had been spending the summer on a cooking job in the far reaches of the Scottish islands, so remote that his journey still included another two buses and a ferry once he got to Skye. He decides to complete the round-trip to Inverness, a whopping 16 hours trip, just for some shopping. As a big city boy, I just cannot decipher some of the tidbits that they’ve shared on their life on the islands. 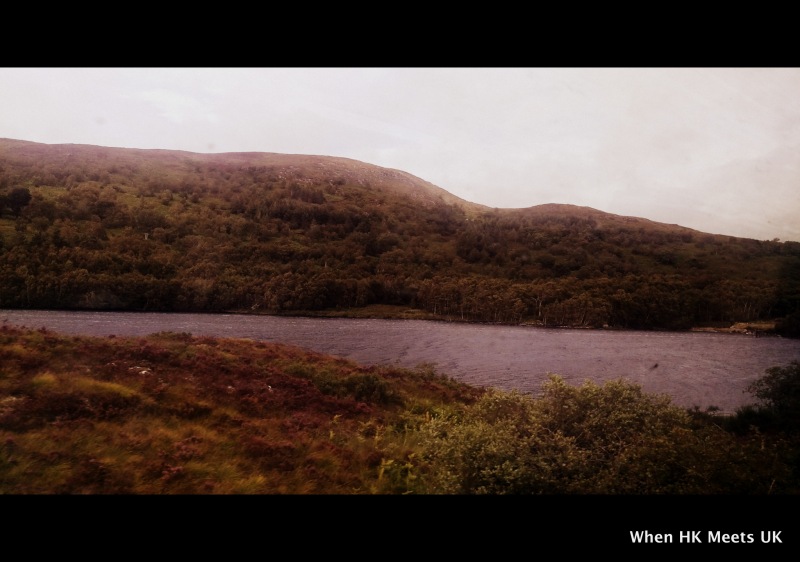 As we move further through Wester Ross – almost literally Westeros – the landscape also turns increasingly into fantasyland. Through the wildest lands of green punctuated only by the deep blue of lochs and the occasional purple of heather. In the middle of nowhere, but also on a train. 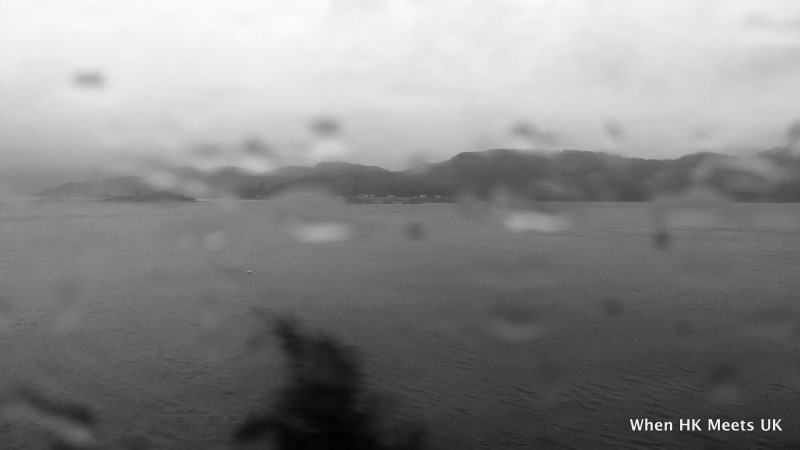 The train eventually returned on the coastline, passing my favourite station name – Stromeferry – for the last leg to Kyle, a journey of twist and turns with ‘changing vistas and scenic surprises’. Or so my guidebook says. The British staple of rain has set in and made in all but impossible to peek at the few stations on the way.

Amid the rain, we arrived in Kyle of Lochalsh. After missing the first connecting bus to Skye, timetable to leave in a ridiculously three minutes after the train arrives, I had time to wander a bit. The onward journey to Skye is  now completed by a concrete bridge, rendering the former port town obsolete. Yet, as I stood at the end of the railway, staring across the strait towards the peaks on Skye, I could not help but be grateful that this railway remained. 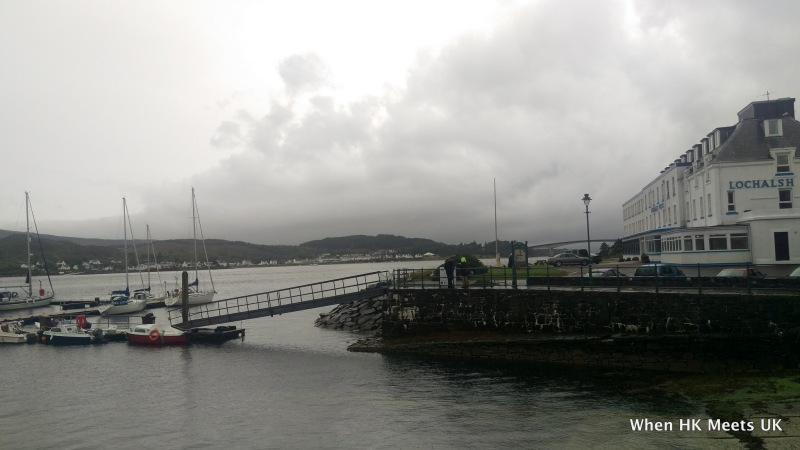 What a blessing to have been on this trip.

2 thoughts on “From Highlands to Islands: Kyle of Lochalsh Line”