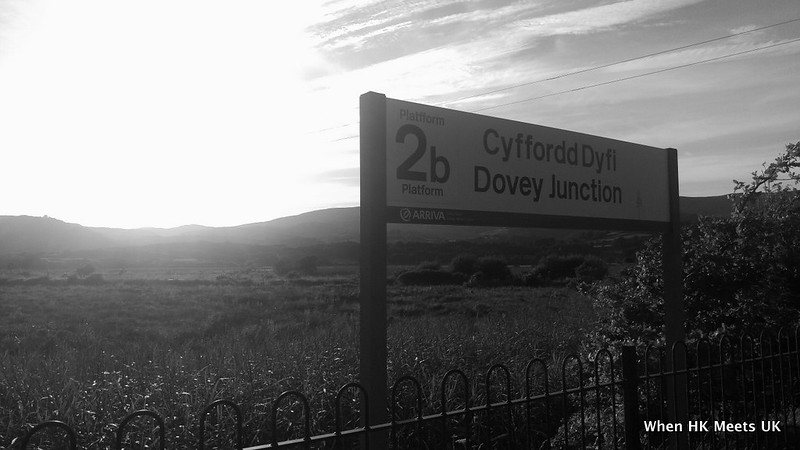 It can take longer to travel to Mid-Wales than Milan. Whether by road or rail, a journey from London to Aberystwyth takes at least four-and-a-half hours. Any readers will have deciphered that my natural choice was rail, with the Cambrian Railway forming the backbone of my travels.

The Cambrian line technically begins in Shrewsbury, though most journeys run to and from Birmingham for a connection to the capital. It pierces westwards through large swaths of rural landscape, passes towns with glorious names like Machynlleth and Newtown (!) until the trains reach Cardigan Bay and the rails run out of land to build on.

In this middle of nowhere place, fully enveloped in a natural reserve, the railway splits: a southern spur terminates at Aberystwyth; its northern counterpart continues towards the various towns that line Cardigan Bay and beyond, to Pwllheli.

For reasons only known to railway engineers, they decided that a station is needed here. This is Dovey Junction.

Dovey Junction serves no settlements of any kind; as its sole purpose is to allow passengers to change trains between the two Cambrian branches. Yet, even this function is often ignored, with the majority of trains timetabled to meet at Machynlleth, the nearest ‘town’ of any description five miles away, where those who wish to transfer can at least enjoy some warmth and shelter provided by the station building there.

No wonder it is one of the least-used railway stations in the UK. One of those collectable by a railway enthusiast like me.

I approached Dovey Junction from the north. As the train slowed near the marshes of the Dyfi estuary, the guard announced over the tannoy, somewhat un-excitedly, that we’re here. As expected, I was the only one to get off. 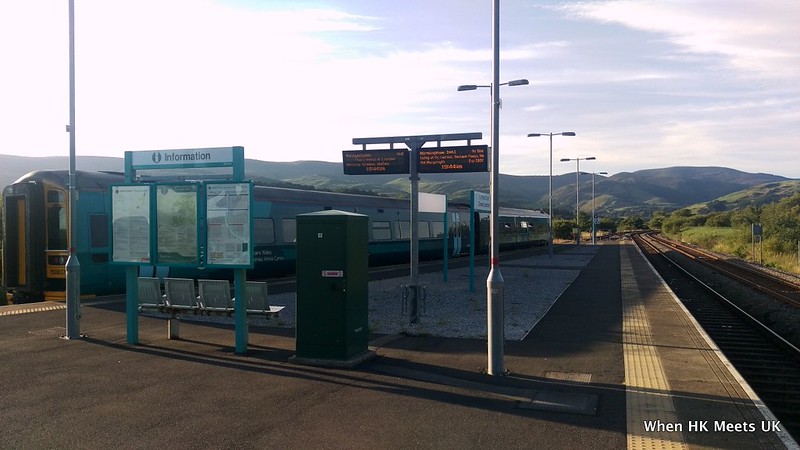 The first impression was… strange. For a station deep in the Welsh countryside legendary as an isolated outpost, I had not expected Dovey Junction to be this… modern. The concrete seemed very well-maintained; the platforms seemed pointlessly long for the two-coach trains that operate in this area; the station infrastructure was strikingly new, completed by the standard bus shelter-like seating area and even with a set of functioning electronic indicator for the next trains, with the electricity supplied by an on-site generator. Dovey Junction, middle of nowhere, better facilities than suburban London?

Yet, once I cast my eyes onto the surroundings, beyond the steel barriers, I was immediately brought back to rural Wales. Outside the station, all you could see were grass, hills and marshes, with a couple (perhaps abandoned) farmsteads far in the eye-view. There is nothing out there. In fact, this surprisingly modern complex was the only sign of civilisation on the horizon. At least until the next train is here.

Indeed, other than by train, who knows how you can get there. The station information board at Dovey Junction made for very interesting reading. It advised that the nearest road was at least a mile away, through a narrow path somewhere. This was the closest point to the outside world, for when you ever need to leave the platform or, for whatever reason, was looking for rail replacement bus from here. It also warned that the station was, naturally, not particular wheelchair-friendly… 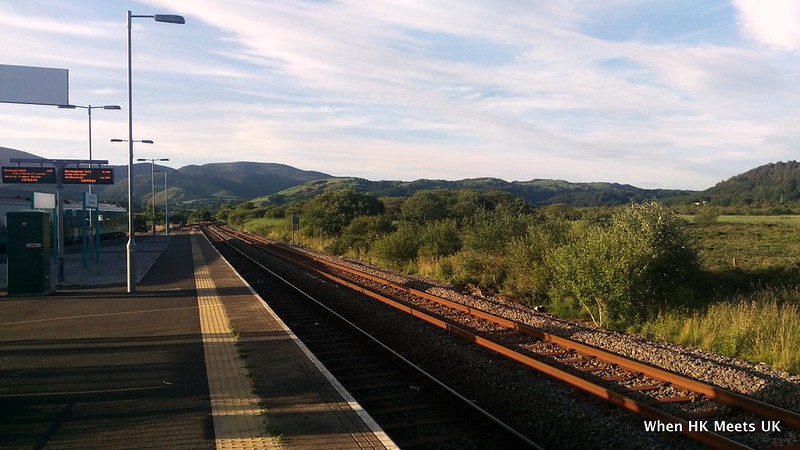 I spent some time looking for this path if there was ever one. The station had no visible exits; any traces of it seemed to have been completely engulfed by the high reeds that prospered in the area. For all practical purposes, Dovey Junction, along with myself, was isolated.

And so what else could I do, but to enjoy this splendidly isolated view for the next twenty minutes, until the platform announcements remind me of the next train?