What a miserable day! What an enjoyable time. Journeying on, Bristol in the January Rain.

The morning dawned under the typical West Country drizzle, with no signs of cessation in the horizon. Angling for some early exercise, I punted for a panorama view of the Bristolian skyline and headed to the vantage of Cabot Tower, built to commemorate the “discoverer” of Canada. I hoped, initially, to see Bristol on my first day, yet I balked at the hundreds of steps required. Let’s try again on a wet Sunday morning.

//embedr.flickr.com/assets/client-code.js
Upon entering the surrounding park, I went it unsurprisingly deserted, save for a couple of dog-walkers well hidden under anoraks, such was the force of the strengthening downpour. The tower was unguarded: no locks, no kiosks, not even health and safety signs. All there was a rusty iron gate masking the sprial staircase. Fancying myself as a brave soul, I soldiered on.

A series of harsh aerobic workout later, I found myself hundreds of feet above ground and perhaps the tallest in Bristol. Yet this honour was dubious at best, not to mention downright useless. My foolishness was only apparent when I was caught in the windchills atop the tower, or so I thought. Only as I was sheltering behind some ornate columns did I spot yet another spiral stairway for the upper deck. Got to complete the challenge, I thought. Sprinted up, took a couple of photos, and duly sprinted down.

And so to Clifton Village, Bristol’s most elegant and genteel suburb, a true rival of the grandeur of London, Edinburgh and even Paris. Wide boulevards, whitewashed Georgian terraces, well-kept front gardens, I would have easily been convinced that this is Notting Hill, and not the real one but the movie version, complete with Hugh Grant. 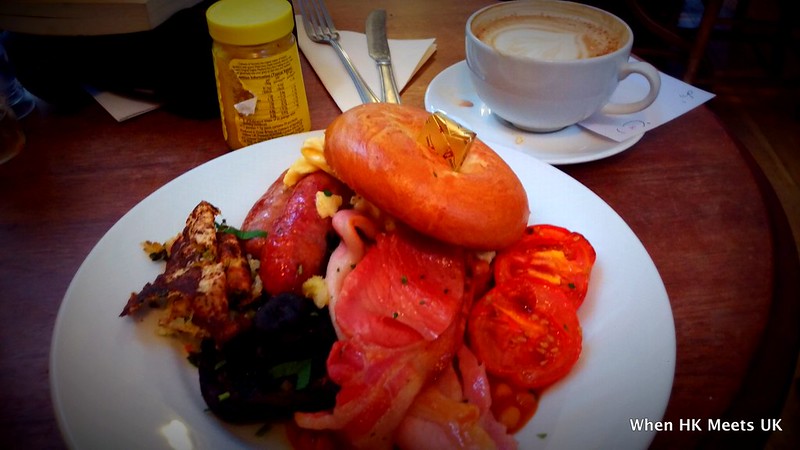 Whether it was Lonely Planet or the clickbait articles of Buzzfeed, guides to Clifton almost uniformly suggest that Primose Cafe in Cfliton Arcard as the perfect place for brunch, and a firm local favourite. Who am I to challenge the internet’s collective wisdom? I followed the crowd and, to my surprise, secured a corner without much difficulty. A reward for my physical activity earlier, I reasoned. The English Breakfast was hearty and wonderful. I particularly enjoyed the little cake that complemented the coffee, free of charge. It’s the little details that proved the most wholesome.

When in Clifton, do as the millennials do. Among the Georgian mansions lies a yuppie middle-class nirvana: coffee joints and craft beer dispensaries populated every street corner. Clifton is the sort of place that supports shops so gorgeous that may as well double as modern art gallery, full with the Scandi chic. 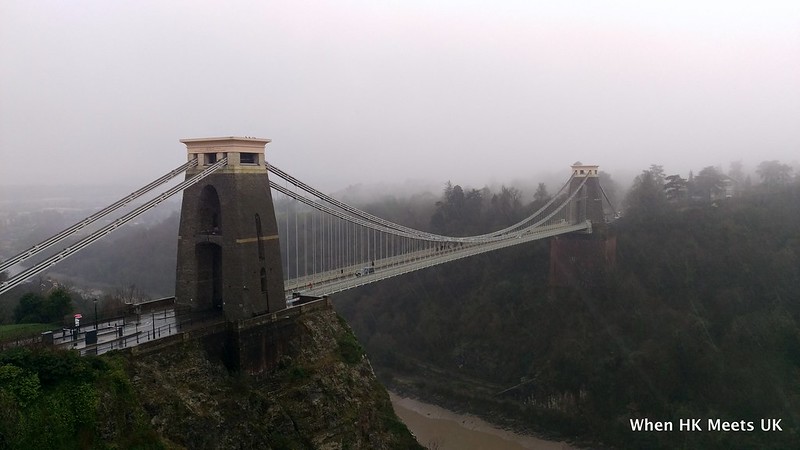 Although I was well-sheltered in one of those coffee joints, cup of milky coffee on the table, it soon became clear that the rain was to strike ceaselessly on. I was not going to visit Bristol – and Clifton – without taking in the awe of the Clifton Suspension bridge. The enduring symbol of Bristol, I tried to view it from as many angle as I could: atop the adjacent Observatory, from the comfort of the newish Information Centre, and of course on the bridge itself. It may seem to have a bridge linking Bristolian suburbs these days, but it’s difficult to understate the historical and engineering significance of bridge. Another of Brunel’s shining legacy. 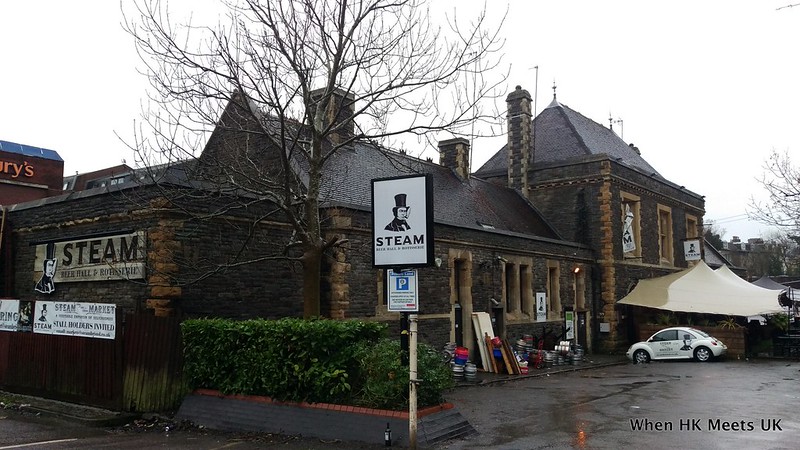 It was then time to hob on the train. According to Thomas Cook, via Wikipedia (tread carefully, I found no other references), the Severn Beach Line was one of themost scenic railways in the world. The sururban section I used was medicore at best, yet the £1 ticket was much appreciated. I travelled two stop, along deep cuttings, to Montpelier, though the continuous rains suggests that I had not been transported to the south of France.

This is the heartland of Bristol’s alternative scene, Stokes Croft. Unslightly graffiti or urban expression of art covered the walls and gates of unopened shops, depends on your persepctive. Among the brunch restaurants with the typically industrial ambience are cool bookshops, cafes and half-dead antique shops. Flowing in the air were winds of gentrification and the smell of weed.

Amid yet another batch of rain, I found myself in a quaint cafe specialising in herbal teas, and with Russian Caravan I wound me weekend at Bristol. Will come again, hopefully in better weather.