Bedford, Middle England. County town of, you guessed it, Bedfordshire.

About 45 miles north of London, Bedford is more commuter town than tourist destination. Google “Bedford Travel”, three separate websites for traffic news appear before the county’s rather unloved tourism page. Nor was I helping much on this cause: I was only here to change trains, and perhaps squeezing in a fleeting visit.

Two train companies run services to Bedford: the fast trains depart on the elevated platforms of the grand St. Pancras International, alongside its more glamorous counterpart to Paris and Brussels. From there, Bedford’s nondescript station was but only 40 minutes away. Architecture typical of commuter-land, Bedford’s brick station were complemented by a glass exterior that appeared to have been an afterthought, hastily added when the architect belatedly noticed that there were no windows at all in his original design. Light barely seeped through on this overcast day.

It took about 10 minutes to walk between Bedford’s railway and bus station, winding through some typically suburban lanes. En-route, there was a modernist Italian church, with the Italian tricolour and the EU flag flapping on the buntings outside; a West Indian social club, draped with handbills for a Jamaican independence day bash; a Polish club, with Euro-pop emanating from the attached bar; and a mosque, dome almost like a Russian Orthodox Church, with taxis parked outside. Middle England.

I was once informed that prior to deciding on London, moving to Bedford was a discussed possibility. Having learnt from the recently-rebuilt bus shelter that there was a 40-minute wait, I set off around Bedford’s town centre, imagining life in this parallel universe. Bedford’s high street was populated by standard Victorian red-ricks, with some 20th-century concede filling the gaps, a generic picture seemingly cloned and clonable from similar towns all over the country. Chain pubs were plentiful, so were supermarkets selling Eastern European produce. Perhaps life would not be so different in the middle of the shires as from suburban London.

I had enough time for one tourist attraction. Bedford’s most famous son is probably John Bunyan, of Pilgrim’s Progress fame. In the old church that he used to preach lies a small museum dedicated to his life’s work. The kind of museum equipped with renewed descriptions, creepy waxwork and enthusiastic pensioners as volunteers. I was the only person there.

It cost £10.10 to travel from London to Bedford; the bus to Silsoe alone, 10 miles south, cost £8.30. Though with ladies of a certain age forming the majority of the load, I imagine most passengers did not pay. The bus was an unnecessary double-decker, with doubly-decked adverts on the lower floor. Adverts for the University of Bedfordshire posted next to a law firm’s adverts for equal pay claims against Bedfordshire County Council. With the Saturday shopping traffic grinding the roundabouts to a halt, I had plenty of time to read them.

Silsoe was a small village that grew up around the Wrest Park Estate, today’s destination. One of English Heritage’s latest additions to its portfolio of country estates. Equipped with the annual pass, it always made me feel superior to simply walk through the gates of various mansion houses as if I was touring my own back garden. Wrest House itself, of French construction, was grand, although the unfurnished room suggested that further restorations were still underway. The garden, however, was just bonkers: French-style gardens led me toward a central lane, lined with fountains and classical statutes, opening to a long, central lake that evoked images of Versailles. 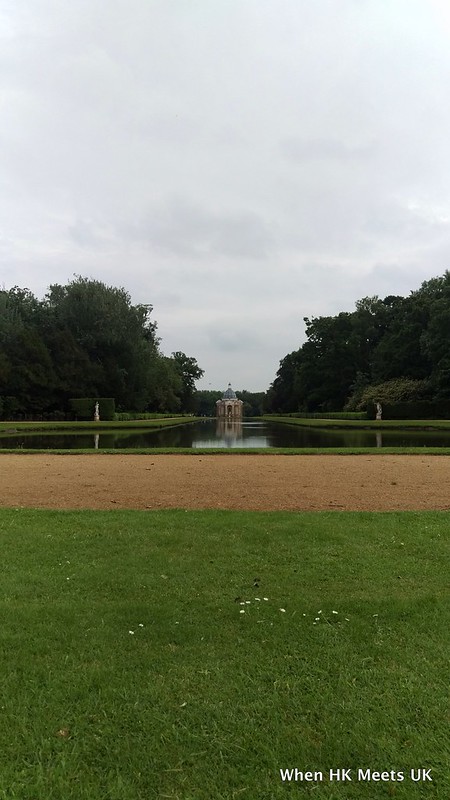 The spacious gardens allowed for various styles to blossom: the ever-reliable audio guide informed me that Wrest’s owners, the de Grey family, were uncharacteristically meticulous in their pursuit for preservation: various styles popular through the ages survive. There I was, on a mini-Versailles devoid of crowds, lying on the central grasslands with a book, pretending it was my personal garden.

All the random weekend joys.