Orkney: an island group about 10 miles north of the Top End of Scotland. With its treasures and histories shrouded in mystery and (routinely) rain and stormy clouds, it is quite literally a hidden gem.

A few wondrous days transversing the archipelago north and south was all that I needed to be converted as an Orkney enthusiast. The unseasonably glorious weather surely helped.

Instead of a detailed chronology, shall we go through some snapshots of these lovely isles? 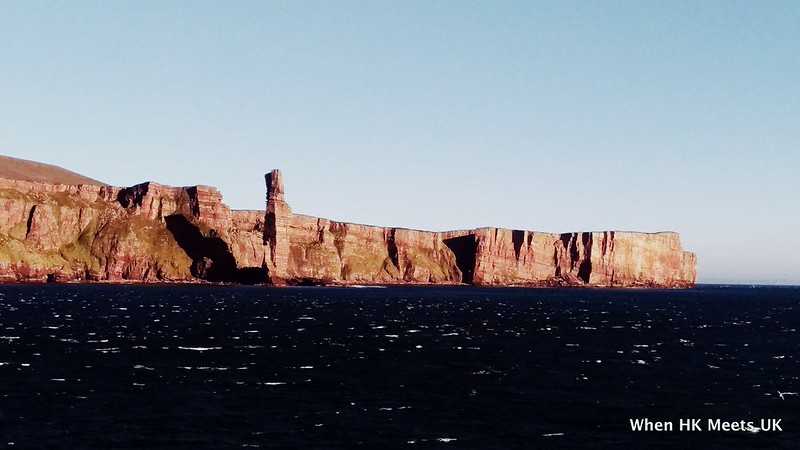 Old Man of Hoy, from the Ferry across the Pentland Firth

The Orkney Islands has many draws, chiefly among which must be its hiking and geological attractions, of which the Old Man of Hoy must be its crown jewel. A tower of red sandstone perched on the coast of the island of Hoy, it stared at mainland Great Britain across the strait, as if a guardian of the channel, as if Gatsby searching for the green light. Despite its name, the Old Man is extremely youthful (in geological terms) – only about 250 years old – yet simultaneously on its last legs, its collapse into the strait predicted as imminent.

Climbing the Old Man is a perennial favourite for those inclined for a physical challenge. First scaled in the last century, you might be disheartened to learn that now it’s something that an 8-year-old managed in 5 hours last year.

The classic hike to the Old Man of Hoy involves a 3-hour hike from the nearest ferry port, over the spectacular if tiring hills on Hoy. Yet, there is an alternative option: ferries between Orkney and the Scottish mainland (departing from Thurso) sail directly pass the tower, offering excellent views on an exceptionally bright and sunny days that in theory are few and far between. Not to mention, the Old Man looks toward the sea – whereas, the monumental hike offers only his back.
When cheating works. 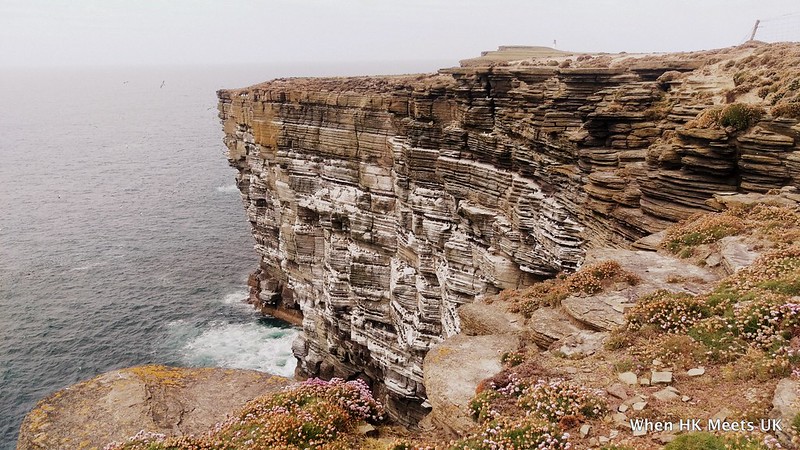 In rural Britain, Sunday and public transport do not mix. With hopes to travel overland dashed, I embarked on a ferry day-trip. Leaning on the advice of the hostel staff, I went to Westray.

An island (population: 600) an hour north of Kirkwall, the Orcadian capital, Westray is the sort of place where Orcadians (total population: 22,100) come to escape the “buzz and hustle” elsewhere.

Westray has two famous draws. Firstly, it forms one end of the world’s shortest scheduled passenger flight: the journey to the neighbouring island of Papa Westray is officially timetabled at 2 minutes, but routinely completed in half that time.

The other major feature requires slightly more effort. Ferries from Kirkwall lands at Rapness, a settlement with nothing more than a dock. From there, I was fortunate to catch the only bus on the island – a one-man-van operation that spared me 7-mile expedition from Rapness to Pierowall, the main settlement. I was the only passenger to alight. It being a Sunday, naturally nothing is open so I could only sit by the beach and admire the beach, semicircular and Maldivian in every way but the weather. Without a car, the next journey entails a 3-hour round trip, following what turned out to be the only paved road to the extreme west of the island. I went by maybe three hikers en-route, and cattle a hundred times that.

The paved road ends at Noup Head Lighthouse, standard white tower, functional, deserted. In the human sense. Peeking at the cliffs under the lighthouse revealed another world: scenes that I thought only existed in an Attenborough documentary. Hundreds, if not thousands of seabirds taking refuge among the cliffs and the seas nearby. I was too scared to get too close to the cliff, it will be the end of me if I fall.

A world in another world.